A third exciting bloom at the Biological Sciences Greenhouse in 2013! 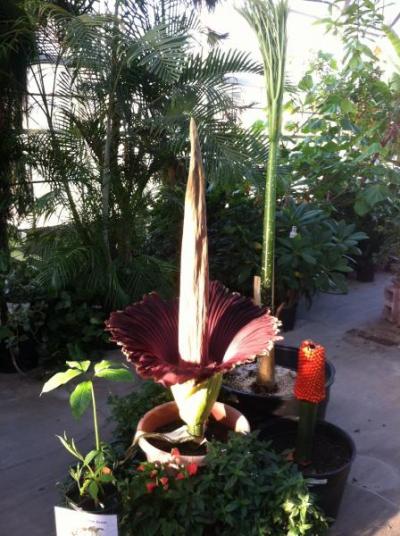 A Titan Arum family photo.
"Scarlet" (in bloom), "Maudine" in fruit, "Jesse" emerging leaf, and on the left seedlings from "Jesse" and "Woody" cross. "Woody" specimen is dormant so not in photo.

August 23, 2013 height 66.5" BLOOM!!
Patience is virtue. Only a small increase in height since yesterday and the edge of the spathe is not as tight though it has not yet started to pull away. 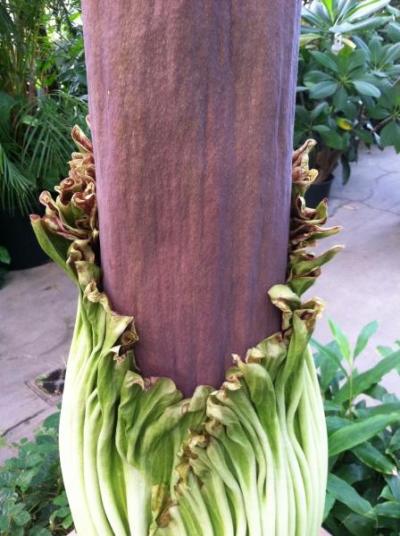 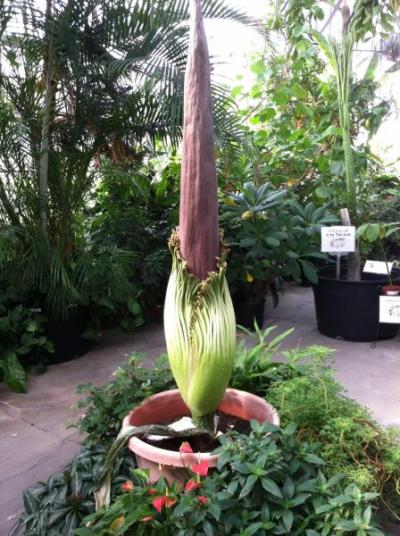 August 21, 2013 height 64.5"
Will it bloom today? There is a chalky residue on the stalk which indicates it will bloom very soon. 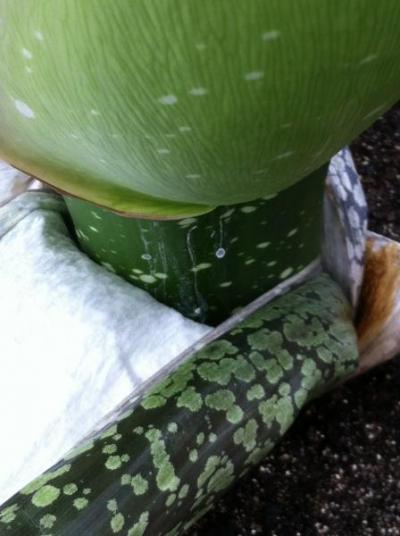 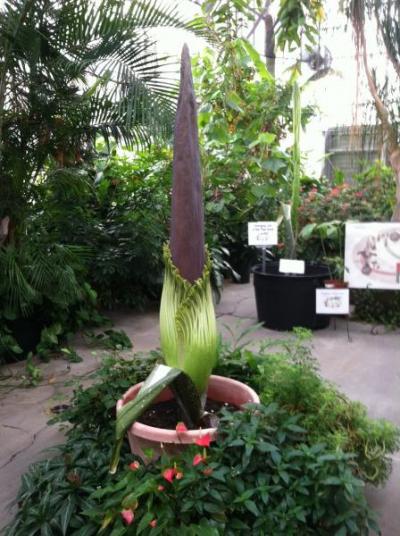 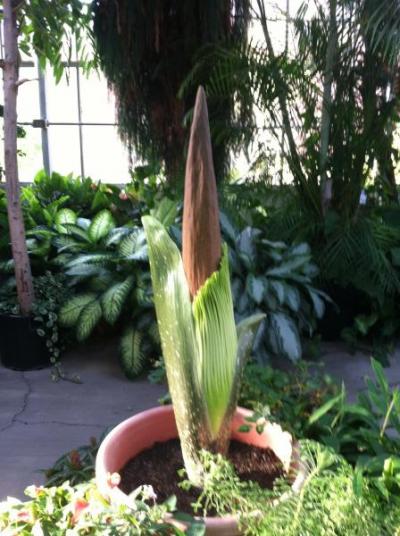 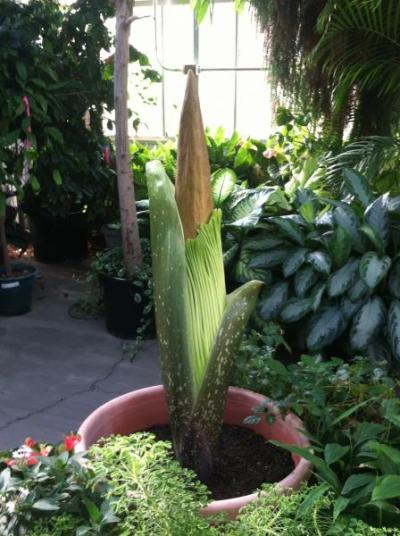 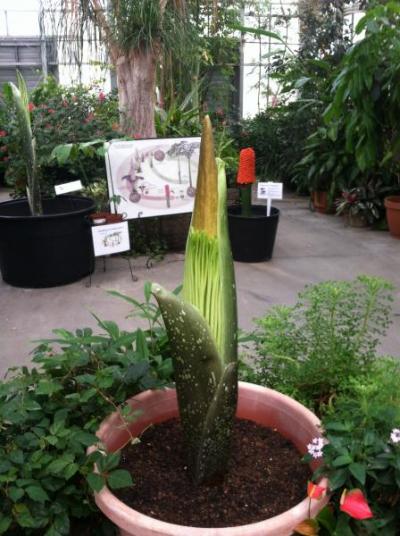