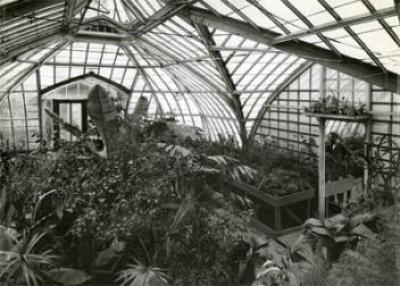 For more than 125 years, The Ohio State University has had  greenhouses on campus to enrich the education of students and support the research of faculty.  Early in the life of the university, the importance of such a vital support facility was recognized.

The first university greenhouse was completed in 1884 as part of Botanical Hall which once stood at the present day location of the Faculty Club. The greenhouse was constructed by Lord Manufacturing Company, later to become known as Lord & Burnham, one of the nation's premier greenhouse companies. During 1886 an addition was made to the greenhouse as demand for growing space under glass increased.

In 1888, a second campus greenhouse was built as part of the Experiment Station Building. These were demolished in 1913 to make way for the new Horticulture and Forestry Building, now Lazenby Hall. 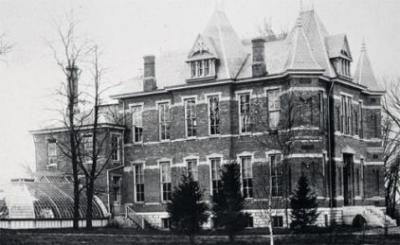 A third campus greenhouse was completed in 1898 as part of Townshend Hall.

By 1913, the growing biological sciences departments were in need of a new building. The Botany & Zoology Building, now known as Jennings Hall, was built at the corner of 12th and Neil Avenues with greenhouses located to the south and west. The greenhouses at Botanical Hall were demolished and that building was turned over to public health. The greenhouses expanded over the course of several years with additions made in 1915 and during the 1930's. 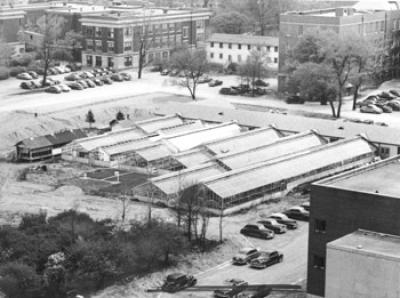 By the 1940's, the Botany and Zoology Building  was bursting at the seams and an addition was made to the west necessitating the replacement of the greenhouses. The greenhouses were pushed further west down 12th Avenue but were connected to the B&Z Building through a tunnel.

Completed in 1969, the Howlett Hall Greenhouse was built across the Olentangy River off of main campus as Horticulture and Foresty migrated to the Agriculture Campus.

Agronomy, Natural Resources and Plant Pathology were the driving forces for expanding greenhouse space on the Agriculture Campus.

Situated adjacent to the Howlett Hall Greenhouses on the Agriculture Campus, this facilty was originally built for AmeriFlora as a biocontainment facility for plants being imported into the United States for the exhibition. The facility is now used by the Ornamental Plant Germplasm Center.

This facility is the only remaining greenhouse facility on the central OSU campus. It was built on top of a parking garage as a replacement the B&Z Greenhouse space so the land vacated by the B&Z Greenhouses could be used for construction of Aronoff Lab and an addition of an auditorium at Jennings Hall.

Located on west campus, this facility is dedicated to research at the Center for Applied Plant Sciences (CAPS).