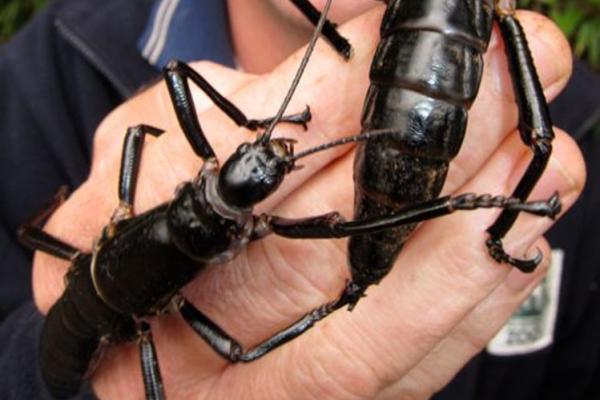 NPR Science correspondent Robert Krulwich tells the fascinating story of the Lord Howe stick insect, Dryococelus australis.  Last seen in the 1920s and believed to be extinct, this giant bug was 12 centimeters long and the heaviest flightless stick insect in the world. That is until 2001 when two Australian scientists took a closer look at Ball's Pyramid, a slice of an ancient volcano juting up out of the  Tasmanian Sea. There they found the last 24 living individuals of the species. In 2003 they removed two pairs of the insects from the isle in hopes of mating them and preventing extinction.